We are excited to welcome Pebble Beach Vice President of Sales & Global Business Development and Chairman of Corporate Sales for the 2019 US Open Championship to talk about the business impact of the upcoming US Open hosted at Pebble Beach Resorts.

Some fun facts about the US Open:

· The US Open will generate $175M of economic activity throughout the County, and will raise $3M for charity.

· Pebble Beach Golf Links was the first public golf course to host a U.S. Open in 1972, and today, no other course has hosted the Championship more times in the last 50 years. 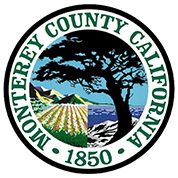