Prior to joining Tanimura & Antle, Klusendorf served as vice president of sales and marketing at Bonipak Produce, where he worked since 2008. Bringing with him over 20 years of management experience in the floral industry.

“Don’s honest, open and sincere approach, coupled with his years of industry experience, is what earned him this integral position at Tanimura & Antle,” said Scott Grabau, president and chief executive officer. “Don comes to us with a deep understanding of our industry and customers, and he is a great addition to an already talented and experienced group.”

Recognized for his diverse skill set and decades of experience, Klusendorf was featured in the 2014 edition of The Packer 25—a list of the produce industry’s most influential leaders.

“Tanimura & Antle’s success is deeply rooted in our commitment to our culture and values,” Grabau continued. “Our strong team of employee owners have a passion for success and a love for our company that is built on this foundation. It’s a great combination, and I believe that Don fits right into these same building blocks.” 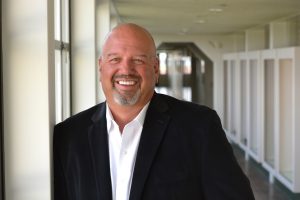 About Tanimura & Antle:
Founded in 1982, Tanimura & Antle is a fully integrated, employee owned, family farming business with a four-generation legacy of a passionate commitment to growing premium quality produce. Built on a partnership between two families, with a shared commitment to value employees as one of its greatest assets, the founding families share ownership with all through an Employee Stock Ownership Plan (ESOP). As one of the largest independent vegetable growers in the United States, Tanimura & Antle farms more than 40,000 crop acres of rich, fertile farmland and ships a full line of premium fresh conventional and organic produce products throughout North America, Europe and Asia. For more information visit taproduce.com.