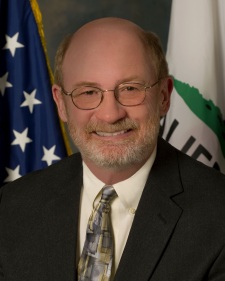 The Monterey County Business Council (MCBC) is proud to welcome John Laird, California Secretary for Natural Resources, as the speaker for our next member-only lunch on Friday, May 13, 2016.  Laird was appointed California Secretary for Natural Resources by Governor Jerry Brown on Jan. 5, 2011.  Come learn about the work Secretary Laird and the agency do to restore, protect and manage the state’s natural, historical and cultural resources for current and future generations using creative approaches and solutions based on science, collaboration and respect for all the communities and interests involved.  More information about Secretary Laird is set forth below.

Check out the new luncheon menu!!

Please note that MCBC lunches are for members-only.  To become a member of MCBC, complete and send in our application form and/or contact MCBC Executive Director Brian Turlington at bturlington@mcbc.biz

John Laird was appointed California Secretary for Natural Resources by Governor Jerry Brown on Jan. 5, 2011. He has spent nearly 40 years in public service, including 23 years as an elected official.

The son of teachers and raised in Vallejo, Laird graduated with honors in politics from the University of California Santa Cruz in 1972. He then served on the district staff of U.S. Representative Jerome Waldie, and as a budget analyst for the Santa Cruz County Administrator.

In 1981, Laird was elected to the Santa Cruz City Council, and served nine years until term limits ended his council service in 1990. He was a two-term mayor from 1983 to 1984 and from 1987 to 1988. During his local government service, he served as a board member for local transit, transportation, water planning, and regional government agencies. Laird was the executive director of the Santa Cruz AIDS Project from 1991 to 1994 and an elected member of the Cabrillo College Board of Trustees from 1994 to 2002.

In 2002, Laird was elected to represent the 27th Assembly District in the California Assembly, which includes portions of Santa Cruz, Monterey and Santa Clara Counties. He was re-elected in 2004 and again in 2006, when he received more than 70 percent of the vote. At the beginning of his second term, Laird joined the Assembly leadership team when Assembly Speaker Fabian Núñez named him chair of the Budget Committee, a position to which he was reappointed by Assembly Speaker Karen Bass in 2008.

Laird was a member of the State Integrated Waste Management Board from 2008 to 2009 and taught state environmental policy at University of California Santa Cruz.

Continuing his public service as California’s Secretary of Natural Resources, Laird has made climate change adaptation, water conservation and supply reliability, enhanced relationships with tribal governments, State Parks access, farmland conservation, and oceans sustainability among other issues top priorities. As Secretary, he provides administrative oversight to thirty departments, commissions, councils, museum, boards and conservancies – and is a sitting member of sixteen conservancies, councils, boards and commissions within the purview of the Agency.

Laird has been a long-time resident of Santa Cruz with his spouse John Flores. He has traveled extensively, is fluent in Spanish, enjoys conducting family history research, and is a life-long Chicago Cubs fan.