Check out our new menu: 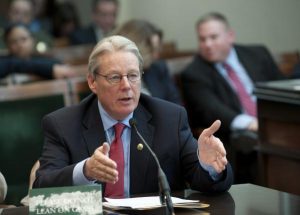 Currently, Senator Monning is the Senate Majority Leader. He also serves as a member of the Senate Committees on Budget; Health; Judiciary; Legislative Ethics; Natural Resources and Water; and the Budget Subcommittee #3 on Health and Human Services.

In 2015, Senator Monning was a coauthor of the End of Life Option Act, which provides mentally-capable, terminally-ill Californians with the option to request a doctor’s prescription for aid-in-dying medication.

Additionally, the Senator has been a long-time supporter of the California Central Coast State Veterans Cemetery at Fort Ord, has been active in bringing together a diverse group of stakeholders and developing a strategy to develop the Coastal Trail in the Big Sur area and has worked with state and local agencies to remove the San Clemente Dam, providing safety and ecological benefits to the region.